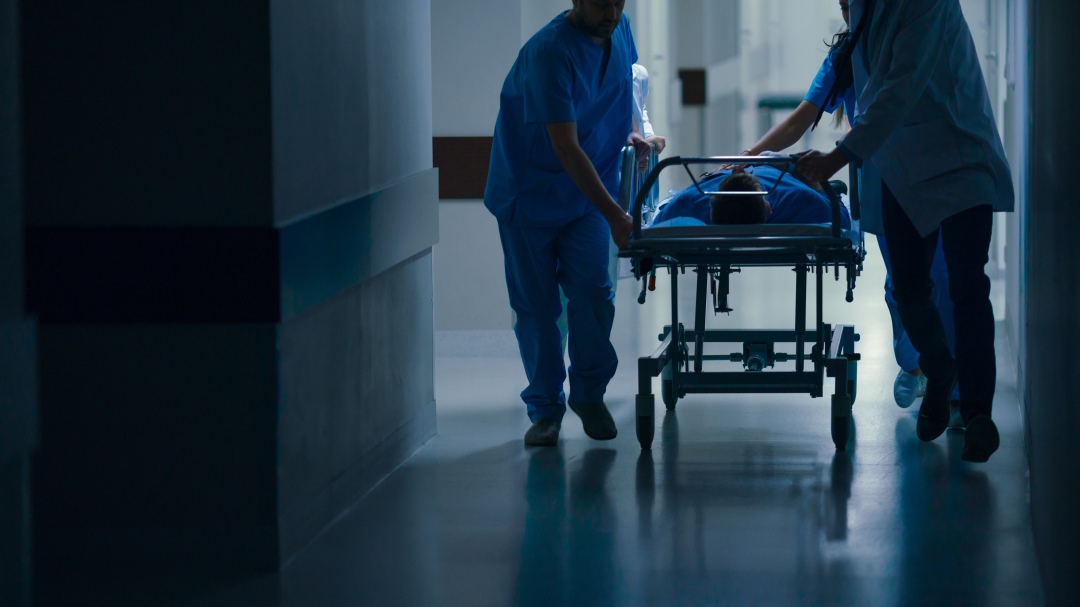 Who Pays for Gun Violence? You Do.

The full costs of gun violence are unknown and often underestimated (Max and Rice 1993). Every year in the United States, gun violence kills an estimated 36,000 people and injures another 85,000 (Spitzer et al. 2019). At least 200 people sustain a gun injury every day somewhere in America (Everytown Research 2019). What are the full costs associated with these injuries and who pays?

Economic studies of gun violence often limit their focus to direct and short-term expenses, such as the costs of medical care immediately after a shooting and the bills for hospital readmissions that often occur after an initial period of inpatient care related to gun injuries. Medical costs, however, represent only a portion—even a relatively small portion—of the total economic impact of gun violence.

Comprehensive measures of gun violence costs would need to include other factors. Families expend considerable resources dealing with the mental and emotional trauma that follows a shooting and paying for physical rehabilitation for the survivors of gun injuries. Shootings may result in unemployment and loss of income for survivors as well as their caregivers, and there are potentially enormous costs for neighborhoods in general as high rates of gun violence affect community safety, economic activity, and the value of housing and other forms of property.

Calculating the total cost of gun violence would require data from numerous life domains and would be quite challenging because the costs of shootings differ significantly depending on injury severity, the age of victims, their insurance coverage, and their economic importance to families and communities. More than 80 percent of gun injury victims survive, resulting in many years of possible costs (Bernstein 2017). 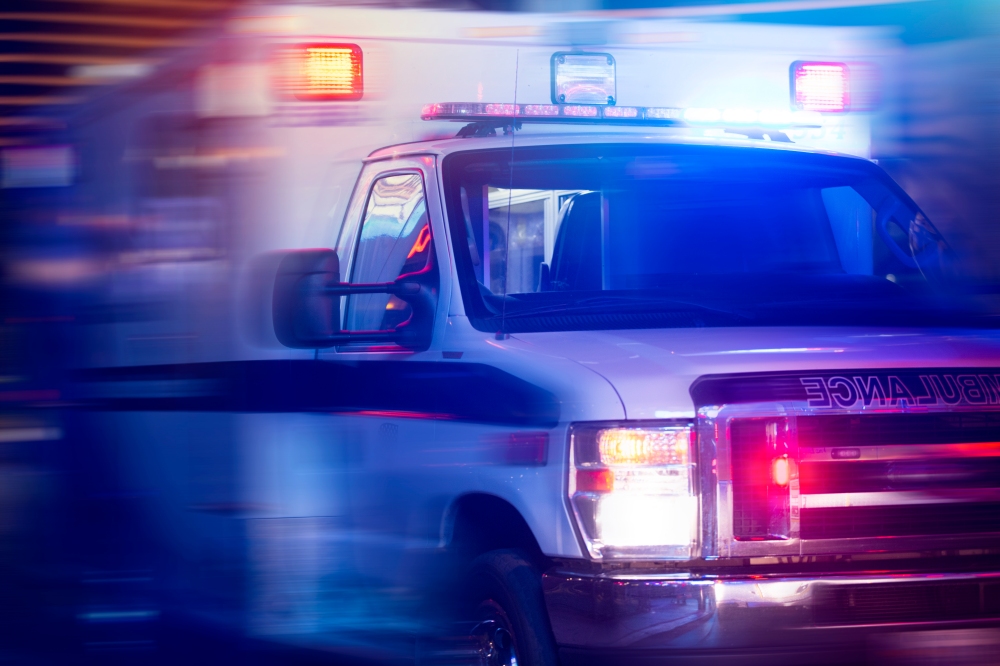 Most studies on the costs of gun violence rely on hospitalization data. According to one estimate, the average annual cost of inpatient hospitalizations for firearm injuries in the United States exceeds $900 million (Spitzer et al. 2019). From 2006 to 2014, gun violence in the U.S. accounted for nearly $3 billion in emergency department charges alone (Gani et al. 2017). Including all subsequent hospital admissions could double the costs (Spitzer et al. 2017).

Costs increase substantially if a person is admitted for inpatient care after emergency room treatment. Inpatient stays due to firearm-related injuries average $96,000 per patient stay; nearly one in five people admitted to inpatient care for gun injuries will be discharged to another care facility, leading to even more costs (Gani et al. 2017). 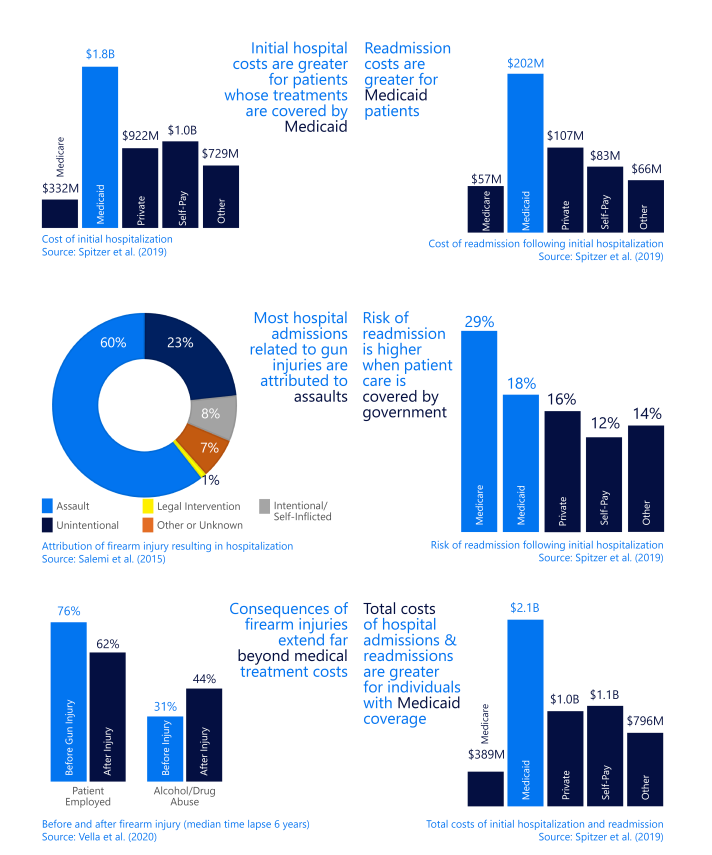 Most hospitalized patients have some form of governmental insurance coverage (Medicaid or Medicare) or are uninsured, which eventually leads to other public expenditures (Spitzer et al. 2019). According to the Urban Institute, 65 to 85 percent of all hospital costs are ultimately covered by Medicaid and other government sponsored insurance programs (Howell and Abraham 2013).

The Research and Evaluation Center at John Jay College analyzed hospitalization charges from New York City and found that Medicaid covered nearly 70 percent of all inpatient stays in 2016. Researchers analyzed data from New York State’s healthcare billing system (SPARCS) for all hospitalizations due to firearm assaults for patients reporting New York City residences. A total of 459 inpatient admissions for gun injuries were recorded by New York City hospitals that year, with more than $32 million in charges. Medicaid covered $22 million (69%) while other costs were provided by Medicare and uninsured or self-pay patients. Based on the proportion of uninsured cases eventually charged to federal programs, Medicaid and Medicare could cover up to 80 percent of all gun injury hospitalizations in New York City.

More than half of all firearm-related injuries in the U.S. involve individuals from zip codes with median incomes under $40,000; as median incomes increase, gun injuries decrease (Everytown Research 2019). Shooting victims covered by Medicare and Medicaid also have the highest per-incident costs, averaging $30,000 per initial hospitalization, or $7,000 more than privately insured patients (Spitzer et al. 2017).

Hospitalization costs can differ significantly according to the location of an injury, the weapon used to inflict the injury, and the intent of the person causing the injury. Violent assaults account for 60 percent of firearm injuries (Salemi et al. 2015) and result in the highest overall costs, approximately $389 million annually (Peek-Asa, Butcher, and Cavanaugh 2017). Handguns account for 70 percent of hospitalization costs in cases where the type of firearm is known. In most gun-injury admissions, however, hospitals record the type of weapon as “unknown” (Peek-Asa, Butcher, and Cavanaugh 2017).

Traumatic spine injuries and injuries to the head and neck are the most expensive gun injuries. Costs following a traumatic spinal injury may reach $1 million in the first year alone (Buchanan 2014). Governmental programs are the primary payer for more than 60 percent of acute-care costs due to spinal cord injuries and almost 90 percent of initial hospitalizations (Cook et al. 1999). Spinal injuries also impose significant economic burdens on victims and their families. More than two-thirds of spinal cord injuries result in complete paraplegia (Joseph 2017). Patients may require extensive physical therapy and counseling. Many will likely subsist on disability payments for extended periods.

Victims of gun violence often suffer secondary injuries in addition to the initial wound. Between 2010 and 2015, approximately one of every six patients with a firearm-related injury was re-hospitalized within six months. Almost 10 percent of the annual $911 million spent on inpatient hospitalizations can be attributed to the costs of readmission (Spitzer et al. 2019). More than half of all readmissions happen within 30 days of the initial discharge, and almost 16 percent of those who are readmitted are readmitted more than once. Costs of readmissions alone exceeded $500 million between 2010 and 2015.

The probability of hospital readmission is affected by a patient’s insurance coverage. Those with private insurance are less likely to experience readmission (Rattan et al. 2018). Readmissions of the uninsured average $50,000 per patient and hospitals are often unable to recover these costs (Spitzer et al. 2019). Researchers have not calculated the total readmission costs associated with firearm-related injuries due to the time-sensitivity of study periods and other data limitations, but any available information likely underestimates the actual readmission costs of gun violence (Spitzer et al. 2019).

The most common reasons for readmission among patients initially admitted for firearm-related injuries are surgical complications, intestinal disorders, and open wounds. If an individual younger than age 15 is admitted to the hospital for firearm-related injuries, the risk of readmission is more than 300 percent greater than that of a pedestrian struck by a motor vehicle (Kalesan et al. 2019). What is known and understood regarding the cost of gun-violence almost exclusively focuses on immediate hospitalization and same-year readmissions. In order to understand the long-term effects and comprehensive costs of gun violence, researchers rely on victim and family accounts of the economic burden they now carry.

Victims of gun violence experience more medical complications than individuals injured other ways, such as motor vehicle accidents. Typical complications include pulmonary problems, pressure ulcers, deep-vein thrombosis, and neuropathic pain (Joseph 2017). One study comparing patients admitted for gun injuries with those involved in motor vehicle crashes (either as pedestrians or vehicle occupants) found that patients with firearm injuries had a 20 percent greater risk of hospital readmission (Kalesan et al. 2019). The costs of ongoing care to address the physical and mental health needs of gunshot victims can be significant. One follow-up study of gun injury patients found that among those surviving a median of six years, nearly half (49%) screened positive for post-traumatic stress disorder (Vella et al. 2020).

Firearm injuries affect many more people than those hit by gunfire. Victims’ families suffer mental, emotional, and financial costs. Survivors with severe injuries may lose the ability to work and live independently. Family members may be compelled to become caretakers of gunshot survivors, and this could require them to give up educational, professional, and economic opportunities (Buchanan 2014). Families may lose essential sources of income. Their general quality of life could be diminished.

As research is scarce, media stories about survivors are often the best source of information about the long-term, secondary costs of gun violence. The Atlantic, for example, reported the case of a mother struggling to care for her son after he suffered a traumatic brain injury when struck by gunfire while merely standing on a public street. Her only recourse was to care for him full-time while surviving on $650 a month in governmental benefits (Bernstein 2017).

While the 2019 mass shooting in an El Paso, Texas Walmart resulted in 22 deaths, dozens of others survived and suffered long-term consequences. Some survivors reported nightmares months later. Others could not return to work and were struggling financially. One survivor told CNN the shooting haunted his sleep: “it’s like I’m living it all over again… I dream that someone is chasing me” (Chavez 2019). Another person in the Walmart that day was not hit by gunfire but fell running from the scene, injuring his knee badly enough to require knee replacement surgery. He was unable to return to work. “My savings are running out,” he told CNN. “Everybody promises aid, but you don’t see much of it when you actually need it.”

Mother Jones magazine recently featured the story of a woman and her fiancé who were shot while in their car. She was paralyzed from the chest down. Her fiancé was cognitively impaired and required permanent round-the-clock care. The incident left them in financial ruin (Follman et al. 2015). She earned $80,000 annually before the shooting. Afterward, her only income came from Social Security Disability Insurance—about $24,000 per year. Her first-year medical bills alone amounted to $1 million (Follman et al. 2015). She was readmitted to the hospital for injuries related to the shooting more than 20 times in the next 10 years. Her family spent more than $40,000 on home modifications for her wheelchair and another $35,000 for a customized van. The total cost of her shooting was likely around $5 million, including lost income, hospital bills, physical therapy bills, trauma counseling, in-home supports, wheelchairs, home remodeling, and the customized van (Follman et al. 2015)

Despite the obvious urgency of gun violence in the United States, research on its economic impact remains scarce. Studies tend to focus on immediate costs, such as hospitalization and short-term medical care, but long-term costs are not investigated or identified. Gun violence has lifelong effects on victims, families, and communities. Lives may be disrupted forever. Available data vastly underestimate the full economic impact of firearm injuries in the United States, including the fact that taxpayers get the bill.

Everytown Research (2019). A More Complete Picture: The Contours of Gun Injury in the United States. October, 2019.