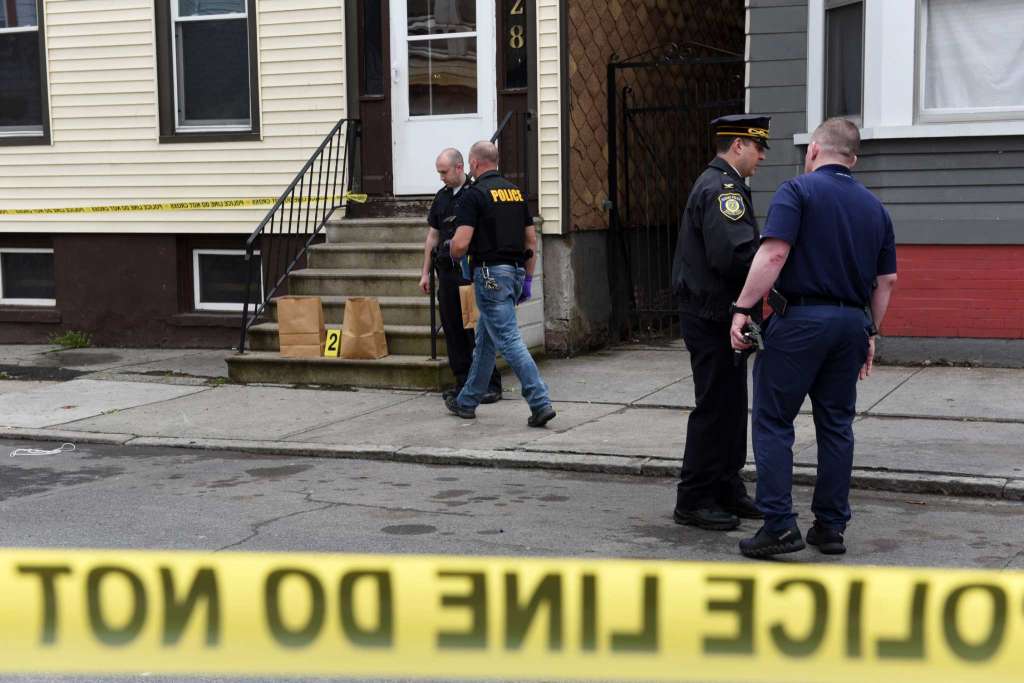 More and more, kids are staying out of trouble.

At least that’s what the numbers are saying.

Over the last five years the number of police stops and arrests involving Capital Region youths has fallen more than 45 percent, according to state data. It’s a stunning drop — but one without a clear single reason, say law enforcement and juvenile justice system professionals.

Several factors are likely in play, including an overall drop in crime in the country, changes in the drug trade, increased use of alternatives to incarceration and changes in youth culture, said Jeffrey Butts, director of the Research and Evaluation Center at John Jay College of Criminal Justice.

“I’ve been doing this for a long time, tracking trends, and something definitely feels different than it did 20 years ago,” Butts said.

Arrest numbers have fallen even further in some counties, and the same trend plays out across upstate and suburban New York, according to state Division of Criminal Justice Services data. It does not include numbers for New York City, which does not report data to the state. The numbers are driven largely by decreased arrests by city police departments, but the decrease can be seen in rural and suburban areas as well and across all crime categories reported to the state.

The numbers reflect any time an officer stops a young person for probable cause, not just when charges are filed. Looking at that number, rather than just formal arrests, gives a broader picture of when police make contact with juveniles. Departments report seven major categories of crime, including murder, rape, aggravated assault, burglary, larceny and robbery. All other arrests, from violations to low-level felonies, are gathered into a second overall category.

The most likely reasons for the decreases are that the arrests reflect larger trends in the criminal justice system at the state level and nationally, experts say. First, crime levels across New York and the country have been dropping for years. Second, as the conversation about how to treat children in the criminal justice system has shifted, more young people are being moved into diversion programs and police may be taking a selective role in enforcing low-level crimes.

“Part of it is we have spent decades doing, I would say, over-enforcement, over-criminalization, including of young people. I think a lot of counties are now saying why put the cases of those young people through the system, just because we can,” said Insha Rahman, director of strategy and new initiatives at the Vera Institute of Justice, a justice-reform organization based in New York City.

Rahman pointed to the passage of state legislation, dubbed Raise the Age, that phased in new requirements over the past two years for police to charge 16 and 17-year-olds as minors rather than adults in some cases.

While those arrests are still recorded, the legislation and the conversations around it might have pushed counties and law enforcement to reconsider how they treat teenagers in the criminal justice system.

“It’s the cultural shift,” she said. “It’s the discretion of cops because they can arrest you for a misdemeanor trespass or a misdemeanor disorderly (conduct). But with the advent of Raise the Age and everyone saying we want to treat kids as kids maybe that disorderly conduct arrest, cops just aren’t doing it. It’s more the sentiment, because cops still can make those arrests.”

Butts was skeptical of the idea that Raise the Age and departments rethinking their approaches to juvenile arrests have driven much of the decrease.

“It could be that we’re all just lucky, that we’re seeing Raise the Age in the midst of a serious crime decline,” he said. “The real test is if numbers go back up. You always have to be prepared for the policy world to overreact to crime increases,” he said.

Instead, the decline could partially be explained by the advent of new technologies like cellphones and video games, Butts said.

“When the drug trade changed to texting your dealer for a meeting or a drop point, the risk went down, the exposure went down,” he said. “Another, that I like, is the indoor-outdoor trend in young people. Twenty years ago, if you wanted to have fun, you needed to leave your apartment or house. Now, there’s a lot of fun to be had sitting in your bedroom with your phone or your laptop, interacting with people and there’s just a lot more indoor life for adolescents than there used to be.”

Leaders in several Capital Region police departments expressed surprised at the large drop in arrests but said they had not made any major policies that might help explain the decrease.

Troy Deputy Police Chief Daniel DeWolf said a possible explanation might also be the increase in the use of school resource officers in local schools over the years. The city went from 187 stops involving juvenile criminal activity in 2014 to just 72 in 2018.

“The (arrest) numbers are in your face, there’s half or a third of what there was,” he said.

The resource officers often work to help students they come in contact with find an alternative to an arrest, DeWolf said.

“They’re pretty involved with the student body, in terms of what’s going on at home. It probably does have an impact on it,” he said.

Albany, which had the largest number of juvenile arrests in the region, saw a similar drop. The city had 373 stops involving juvenile criminal activity in 2014. That fell to 132 in 2018.

Deputy Chief Brian Hogan said over the past few years the department began some reforms on its own involving juveniles, including working with local nonprofits to offer services rather than charging them with crimes. Many of them were youths the department had been in contact with before the arrest.

“We had a mobile response team and we deferred some arrests,” he said. “We’re trying to basically divert them from the juvenile justice system.”

The department also has two officers assigned to a program called To Reach and Connect, where officers identified children, such as those who saw domestic violence at home, who might need additional services.

“These guys will go out and try and connect with them and try to change the direction of where they’re going,” Hogan said. “We’re all about, especially someone we haven’t seen before, diverting them before they become someone we see a lot.”

“For kids, it’s not losing your job. You literally lose all the people you rely on who help you be yourself: parents, family. You get pulled out of your school. It’s incredibly destabilizing,” she said.

Additionally, more communities are having conversations about what happens when police and juveniles interact, Butts said.

“I don’t think that word ‘over-policing’ would’ve been used 50 years ago. And now we recognize it’s a blunt instrument and sometimes causes harm, so people are more naturally cautious about deploying that tool,” he said.

The willingness to change how youth crimes are dealt with extends beyond police. The family court system, in combination with county probation departments and service agencies, is working to handle young offenders outside a traditional court setting more often, said Judge Anthony McGinty, the Supervising Family Court Judge for the 3rd Judicial District, which several counties, including Albany and Rensselaer.

“The counties are starting to form these collaborative efforts to keep kids out of the justice system,” he said. “Many kids, who in the past would’ve had a case go through the court system, are being offered options to resolve those cases outside the court system through probation-sponsored alternatives.”

[ read the original, with data exhibits ]