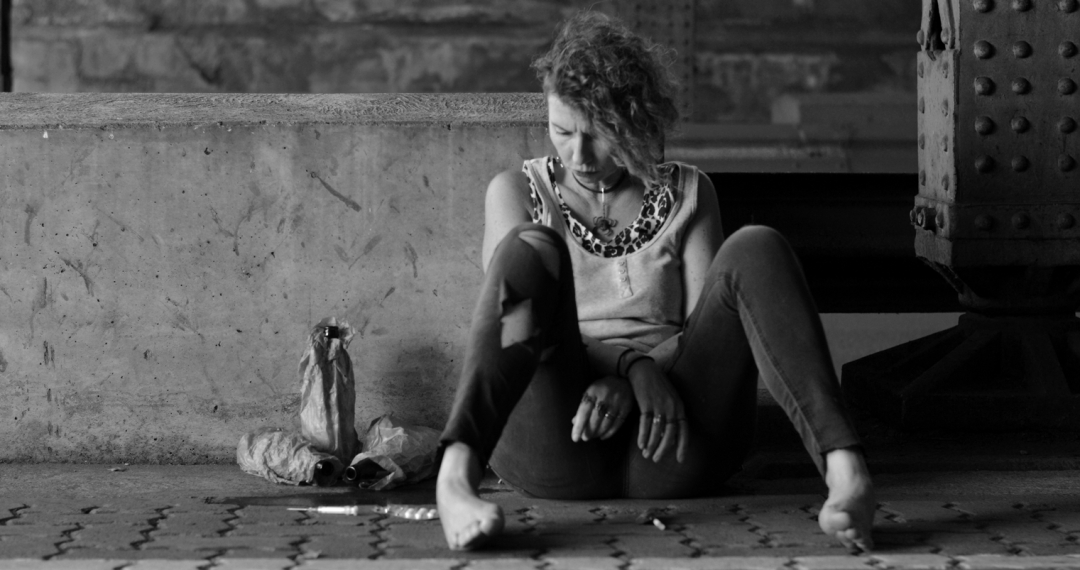 After years of decline, drug arrests across the United States began to increase in 2015. Characterizing this issue with the provocative title, “Is the ‘War on Drugs’ Over? Arrest Statistics Say No,” the New York Times Upshot column recently observed that drug violation arrests may be racially biased and any increases could be simply the result of tougher enforcement.

The column, however, failed to report another important aspect of the recent statistics. The entire increase in drug crime arrests during the past decade was due to growing numbers of arrests involving adults ages 25 and older. Youth under age 18 and even young adults under age 25 were far less likely to be arrested for drug crimes in 2018 than any time in the past two decades.

Based on statistics compiled by the Federal Bureau of Investigation (FBI), the national number of drug violation arrests (possession, manufacturing, and sale) grew 11 percent between 2015 and 2018, from 1.49 million to 1.65 million, returning to levels not seen since 2009. 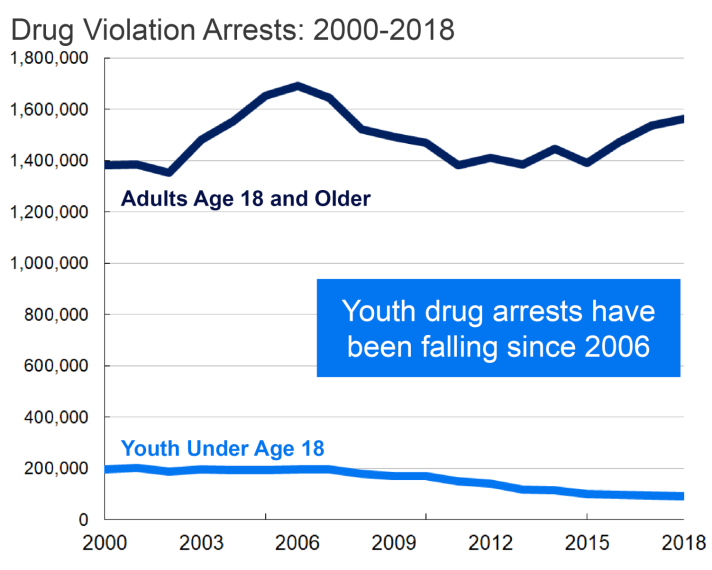 Analyzing the total increase in drug arrests, however, obscures stark differences by age. Between 2000 and 2018, the steepest declines in drug arrests were observed among youth ages 10 to 14 (–52%) and young people ages 15 to 17 (–56%). Arrest rates among young adults also fell. Specifically, the drug arrest rate dropped –35 percent for 18-20 year-olds and –15 percent for adults ages 21-to 24.

Of course, young adults between the ages of 18 and 24 still had the highest per capita arrest rates, but their rates declined between 2000 and 2018.

On the other hand, arrest rates for adults over age 24 grew. Drug arrests for adults between the ages of 25 and 49 increased 21 percent between 2000 and 2018. The drug arrest rate for adults age 50 and older remained lowest overall, but the rate increased 92 percent relative to the year 2000.

Illegal drug use continues to present serious challenges for families and communities, and these challenges are always most pressing among the youngest Americans. Recent statistics from the FBI, however, demonstrate that adults age 25 and older were entirely responsible for the national increase in drug violation arrests between 2000 and 2018.

__________________
DATA SOURCE:
National arrest estimates for 2000-2014 are from by the Federal Bureau of Investigation (FBI) as published by the Bureau of Justice Statistics (BJS). Estimates for 2015-2018 were calculated by John Jay College using BJS methods with one exception. Arrest rates for youth under age 15 rely on the 10-14 year-old population as the denominator.