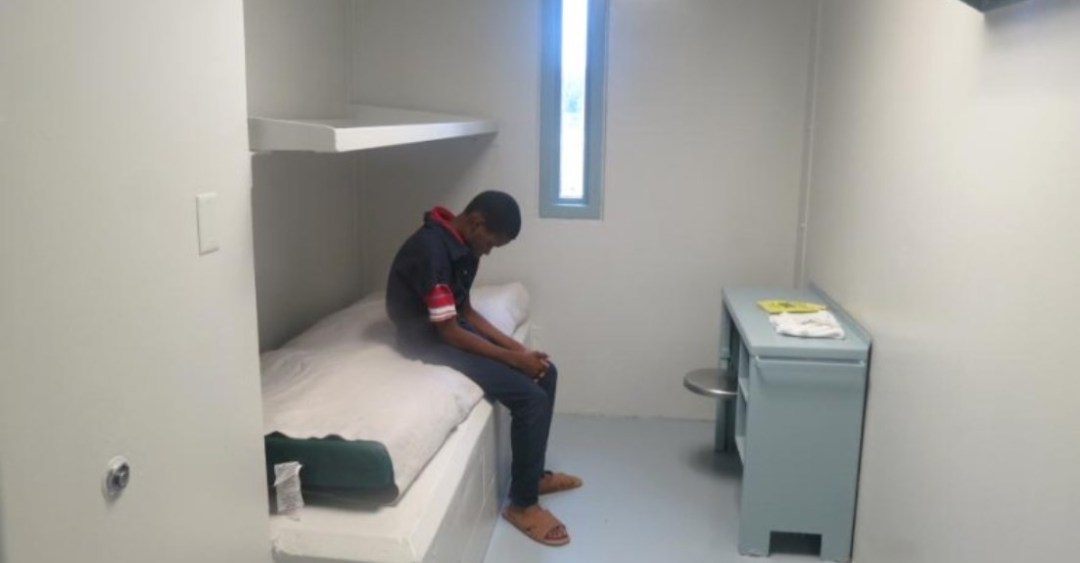 At ‘Wit’s End’: Scared Straight Programs Remain Popular Among Parents Despite Warnings
by Elly Yu, May 9, 2014

“I have parents saying, ‘I can’t do this anymore, you’ll need to come get her, come get him – I don’t want him anymore.’”

“I feel like I’m at my wit’s end,” says a mother about her two kids on the A&E reality TV show Beyond Scared Straight.” It’s a feeling many parents relate to before sending their kids to local “scared straight” programs.

Despite evidence that scared straight-type programs are ineffective and can even be harmful in the long run, many parents continue to turn to local jails for help when it comes to behavioral issues with their children.

“The programs are popular because parents think it’s a quick fix,” said Lt. Terron Hayes, director of intervention at the Dougherty County Sheriff’s Office in Georgia.

Dougherty County administers its own youth intervention program, which has been featured several times on the A&E show. Since its television debut, Hayes says the Sheriff’s office has had an influx of calls from parents who want to sign up their kids for the program. He says he’s had kids come in from other counties and even from other states across the Southeast.

Gladys Davis, of Bronwood, Ga., said she heard about the program through her adult son. Her 14- and 15-year-old sons had been fighting with each other.

“I tried everything I could do as a parent,” she said. She first tried reaching out to her local youth detention center, but was told the program there were more for youth who had committed more serious offenses. After hearing about Dougherty County’s program, she sent her sons to make an appointment with Hayes at the sheriff’s office in February and said they haven’t been back since.

“I’m just trying to get things under control so they won’t get too serious,” she said.

Hayes knows that the program won’t get federal or state funding, and says that the jail tours are only part of his program. He says he incorporates counseling sessions with both the parents and the children, and that following-up is essential.

He says that when parents call, they are often at a weak point in their relationships with their child.

“I have parents saying, ‘I can’t do this anymore, you’ll need to come get her, come get him – I don’t want him anymore,’ Hayes said. “Because a parent has lost control, the parent is out of resources, what do they have left?”

Anthony Petrosino, senior researcher at WestEd, has done extensive research on scared straight programs and conducted meta-analysis studies looking at them. He said the message that these types of programs don’t work isn’t getting out to parents.

“We found that scared straight, on average, has a harmful impact,” Petrosino said. “There’s a disconnect between who’s getting the information and who isn’t.”

“The other thing is TV is powerful,” he said.

“Beyond Scared Straight” has had some of the highest ratings on the network and is now in its sixth season.

Petrosino says would he also receive calls from parents, uncles and pastors about how to get their children into a scared straight program, despite being a researcher. The parents weren’t reading his reports.

“When you do a Google search, my name comes up,” he said. “I said, ‘I can’t in good conscience recommend scared straight for your child.’”

He says he tries to direct them to local resources, but there’s a lack of awareness among parents on how to reach them.

“There’s a missing gap there. They shouldn’t be contacting me,” Petrosino said.

The program continues to remain attractive not just for parents, but for local county jails because they’re relatively cheap to run, he said. The inmates aren’t being paid for these programs and the jail tours often take groups of kids each time.

Many scared straight programs are also free, as it is in Dougherty County, which makes them appealing for parents who might not have a lot of resources.

Petrosino also mentioned in his report the “panacea phenomenon,” which researcher James Finckenauer studied in scared straight programs. He said it’s the public and media’s “latching on for cure-alls” in something so complicated like crime.

“It’s very hard to come with a cure that’s going to turn them around,” he said.  “These are complicated problems with complicated origins.”

Scared straight programs also fall in line with “tough on crime” mentality in the justice system, said Jeffrey Butts, director of research and evaluation at John Jay College of Criminal Justice and expert on criminal behavior.

“It’s a strong thing in America that we believe that being tough on people, punishing people, coercing them – basically forcing them to behave the way we want them to behave – it will somehow work,” he said.

He says that the scared straight programs might work if the person that’s trying to “scare” them is someone the young person trusted and loved.

“The basic flaw in the program is there’s no relationship formed,” he said.

Programs that have been proven to be ineffective, however, still continue, and scared straight programs aren’t the only ones. The D.A.R.E. drug prevention initiative, for instance, continues to be taught in certain schools despite the evidence it doesn’t work, Butts said.

Parents turning to local law enforcement to address behavioral problems aren’t uncommon, said Maj. Steven Strickland, director of field operations at the Richmond County Sheriff’s Office in Georgia. Richmond County doesn’t have a scared straight program, but  Strickland says he’ll often get calls from parents not knowing what to do with their child.

“We get a lot of folks that will bring their kids by and say kind of the same thing,” Strickland said. “They’ll say ‘I can’t make this kid do anything, you guys need to scare them.’”

But he says that law enforcement officials aren’t counselors.

“We’re acting out of our league sometimes,” Strickland said. “If you have a kid and he’s 10 years old and he’s troubled, there’s only so much we can do in 20 to 30 minutes.”

He says if a child has chronic issues, they need to be addressed over time by professionals who aren’t in law enforcement.

“Where we make our greatest impact, if there really is an issue, is getting them to the resources,” he said.

All photos from Beyond Scared Straight, Season 5: “Dougherty County, GA.”