On July 15, 2015, the New York City Mayor’s Office of Criminal Justice announced a series of reforms designed to make the criminal justice system less punitive and less permanent for young adults ages 16 to 25.

Passage of this needed reform would have been a welcome change, but it would have missed a larger and more important point.

Adolescence does not end with a single birthday and it lasts well beyond the point of legal adulthood. 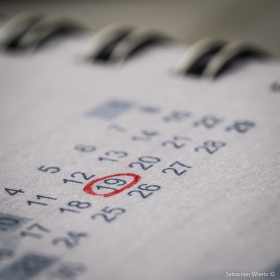 Our science-blind courts have yet to accept this fact. When determining the boundary between the presumed innocence of children and the full culpability of adults, the justice system still relies on clumsy politics rather than careful science.

Adult-like thinking emerges gradually. There is no single moment when a child becomes an adult.

Sometime after age 10, continuing past age 16, and usually lasting well into their twenties, young people evolve into adulthood. Boys and girls, men and women, do not possess their full cognitive and emotional abilities until age 24 or 25. Some, including Temple University’s Laurence Steinberg, would say age 27 is the marker for stable emotional maturity.

If birthday-based laws make no sense in a science-based world, maybe we should be more creative. Rather than tinkering with the age of criminal adulthood, moving it from age 16 to 18, perhaps we should instead create a developmentally appropriate justice system for all young adult offenders under age 25 – offenders who are no longer children, but not yet adults.

First, the legal response to young offenders would be sensitive to the developmental characteristics of adolescents. The court process would be less chaotic, more transparent, and less bureaucratic. Prosecutors and judges would understand that adolescents are highly susceptible to peer influence and when afraid or excited they may behave impulsively and be less able to consider the consequences of their actions.

A developmental justice process would rely on community-based treatment instead of incarceration, and its rehabilitation programs would focus on skill development, social connections, educational advancement, and labor market readiness. Most importantly, the severity of punishments for young offenders would increase slowly with age.

These are not new ideas.

University of Minnesota legal scholar, Barry Feld, proposed two decades ago that criminal court sentences should include a series of “youth discounts” to allow young people to acquire full adult responsibility gradually and over a period of years rather than suddenly during a single night of sleep.

A young adult justice system should not be exactly like the juvenile justice system. It would have to maintain a strong emphasis on public safety and it would need to retain the ability to impose long sentences in cases involving the most serious and violent crimes. It would also need to ensure procedural protections, such as the right to jury trial, speedy trial, and appellate review – provisions that guard against wrongful convictions and that are not constitutionally guaranteed in family courts.

New York City is already embracing these ideas. The reforms announced today by the Mayor’s Office include:

• Providing young adult misdemeanants with a chance to avoid prosecution entirely by participating in services;

• Expanding specialized probation programs that connect 16 to 24 year-olds with mentors and job opportunities;

These proposals and many others will go a long way toward making the city’s justice system more effective. The key to fashioning a developmentally appropriate justice system for young adults is to allow time for their healthy, mature development while avoiding life-altering punishments until absolutely necessary.

We all know that young people achieve full, adult maturity gradually. In New York City, the justice system knows it too.

Jeffrey Butts is director of the Research and Evaluation Center at John Jay College of Criminal Justice in New York City. John Roman is senior fellow at the Urban Institute in Washington, DC.

read the original at HuffPo